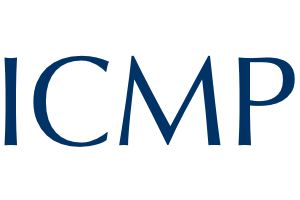 There are so many protocols out there in the computer networks world which focus on the QoS and improving data transmission quality and quantity. There is another protocol known as ICMP which can be seen as the auxiliary protocol supporting other important protocols in the internet protocol suite.

ICMP, which stands for Internet Control Message Protocol, can broadly be thought of as a receptionist protocol which is responsible for requested pieces of information as well as unrequested information which might be helpful to other protocols and devices operationally.

ICMP (Internet Control Message Protocol) is an auxiliary protocol which provides diagnostic information when requested. ICMP can be divided into two broad categories:

ICMP messages are sent in several situations: for example, when a datagram cannot reach its destination, when the gateway does not have the buffering capacity to forward a datagram, and when the gateway can direct the host to send traffic on a shorter route. The Internet Protocol is not designed to be absolutely reliable. The purpose of these control messages is to provide feedback about problems in the communication environment, not to make IP reliable. There are still no guarantees that a datagram will be delivered or a control message will be returned. Some datagrams may still be undelivered without any report of their loss. The higher level protocols that use IP must implement their own reliability procedures if reliable communication is required. The ICMP messages typically report errors in the processing of datagrams. To avoid the infinite regress of messages about messages etc., no ICMP messages are sent about ICMP messages.

Error reporting messages are generated when, during the processing of any internet packet, a host encounters a problem.

Let’s say you want to send a packet outside of your local area network, but your default gateway is down. In that case, you might have already seen “Reply from x.x.x.x: Destination host unreachable.”

It is a message from one host to another asking the other host to slow down the speed at which the packets are being sent. Source Quench is one of the ways to control the packet flow on the internet.

On the basic level, all the packets transmitted through the internet world will have a TTL value. TTL basically stands for “Time To Live”. Iy is a like parameter which decides how long a packet should live before it would be discarded.

But why a packet has to be discarded at all?

On the other hand, the TTL value keeps on decrementing from one hop to another. Due to looping issue when the TTL value reaches zero, this ICMP message is generated.

Sometimes, problems might not specifically be covered by any ICMP messages. In that case, Parameter Problem is shown.

ICMP redirect messages direct a host to deliver the next packet for the same destination IP address to a different router.

Let’s say I am trying to send a packet to a host on another network. I am also connected to two routers at the same time. However, by default, my machine sends a packet to the default gateway.

Query messages, on the other hand, are generated when requested.

You can ping your NIC and you get the reply from the host as seen below.

In this case, Ping sends the echo requests and get the echo reply in return.

One of the most important things that ICMP query messages are used for is troubleshooting. It can help in identifying problems and diagnosing them.

As we know that the whole of the internet world is operating in different geographical zones with different time zones as well, some of the applications need synchronization of the time stamp before they start, such as live video. In that case, ICMP timestamp request and reply messages are used to sync up the timings.

Address Mask request or reply is used for finding out the subnet address of the destination network where the packet has to be sent.

There are many routing protocols where the routers have to rely on each other’s routing table to find out the shortest path.

Before we try to understand why ICMP, let’s have a look at the IP (Internet Protocol). We already know that the internet protocol is the main protocol in the IP suites. However, this protocol still lacks certain functionalities which are required in the internet communication. Being an unreliable protocol, IP is not concerned with the error checking and error control.

Thus, not only ICMP but other protocols were created to compensate for the missing functionalities in the IP, such as ECN protocol.

These error reporting protocols work on top of the IP layer but just below the Transport layer. So, they are kind of sandwiched between these two protocols.

The reason why these are placed on top of the IP layer is that they can report any error. The best scenario to get an error caught will be after the data has been transmitted.