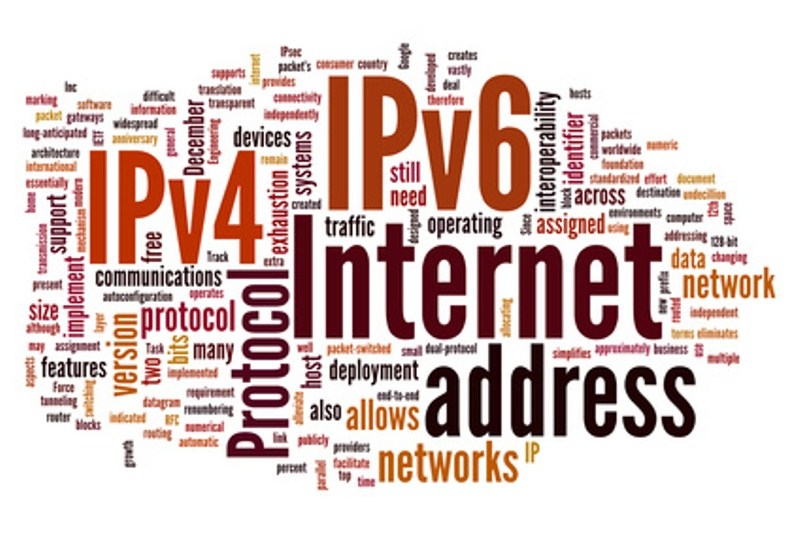 The Internet has run out of Internet addresses or will soon get exhausted.  IPv4’s successor is IPv6, a system that will not only offer far more numerical addresses, but will simplify address assignments and additional network security features.

IP (short for Internet Protocol) specifies the technical format of packets and the addressing scheme for computers to communicate over a network. Most networks combine IP with a higher-level protocol called Transmission Control Protocol (TCP), which establishes a virtual connection between a destination and a source.

IP by itself can be compared to something like the postal system. It allows you to address a package and drop it in the system, but there’s no direct link between you and the recipient. TCP/IP, on the other hand, establishes a connection between two hosts so that they can send messages back and forth for a period of time.

There are currently two version of Internet Protocol (IP): IPv4 and a new version called IPv6.

IPv4 :
IPv4 stands for Internet Protocol version 4. It is the underlying technology that makes it possible for us to connect our devices to the web. Whenever a device access the Internet (whether it’s a PC, Mac, smartphone or other device), it is assigned a unique, numerical IP address such as 99.48.227.227. To send data from one computer to another through the web, a data packet must be transferred across the network containing the IP addresses of both devices.Without IP addresses, computers would not be able to communicate and send data to each other. It’s essential to the infrastructure of the web.

IPv4 uses 32 bits for its Internet addresses. That means it can support 2^32 IP addresses in total — around 4.29 billion. That may seem like a lot, but all 4.29 billion IP addresses have now been assigned to various institutions, leading to the crisis we face today.

Let’s be clear, though: we haven’t run out of addresses quite yet. Many of them are unused and in the hands of institutions like MIT and companies like Ford and IBM. More IPv4 addresses are available to be assigned and more will be traded or sold (since IPv4 addresses are now a scarce resource), but they will become a scarcer commodity over the next two years until it creates problem for the web.

IPv6:
IPv6 is the sixth revision to the Internet Protocol and the successor to IPv4. It functions similarly to IPv4 in that it provides the unique, numerical IP addresses necessary for Internet-enabled devices to communicate. However, it does sport one major difference: it utilizes 128-bit addresses. 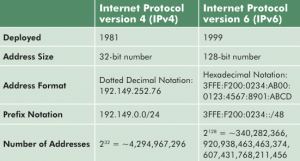